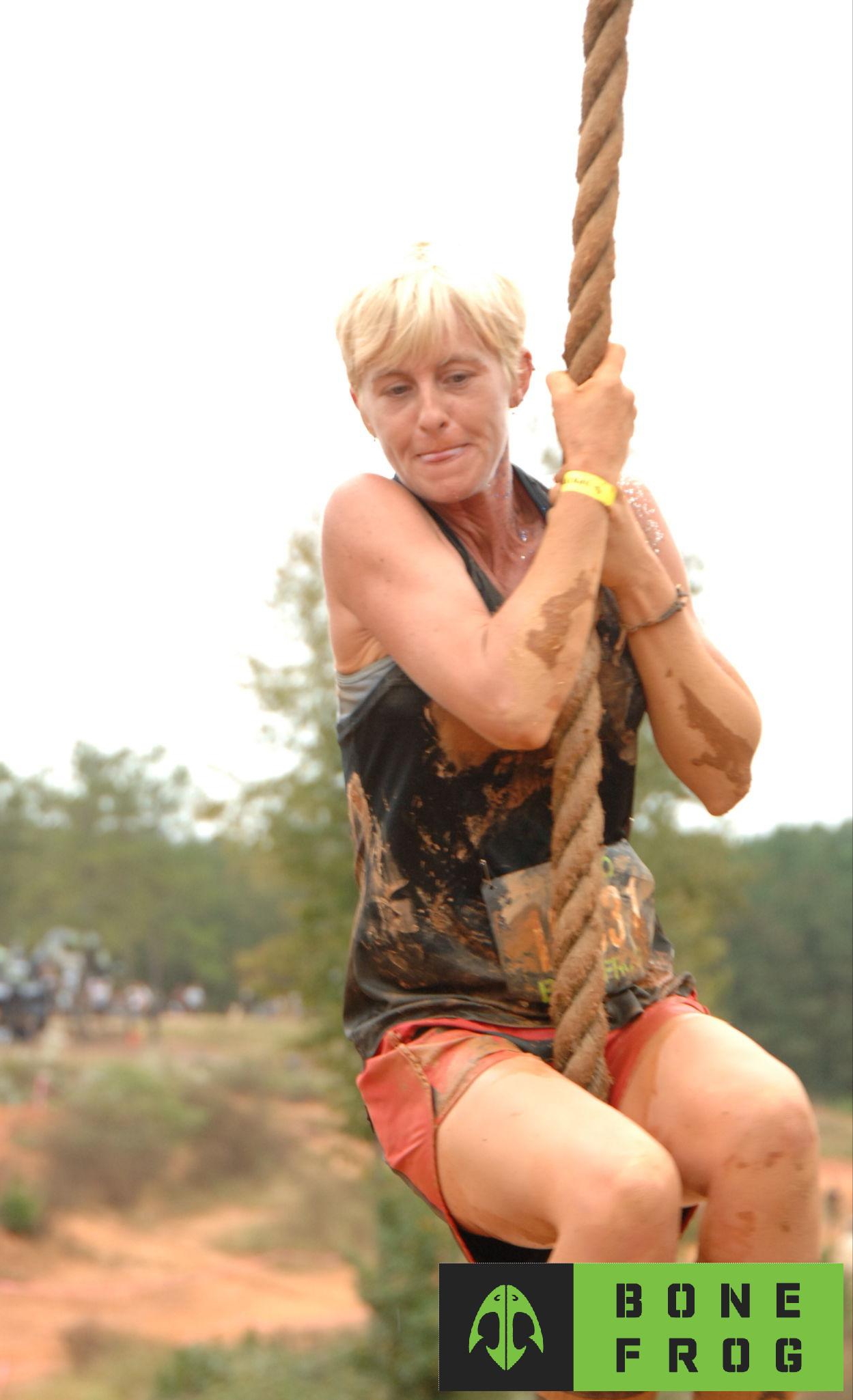 I pondered the Atlanta Bonefrog for days before clicking “register.” You see, Atlanta and it’s surrounding areas are NOT close to me in Florida. The traffic within 60 miles of that city can be quite unforgiving, stressful and exhausting. The kicker for this race, there was no other way  that GPS could find for me, without adding hours to the commute, than going straight through downtown Atlanta, with its 10 lanes of non-stop traffic. Now, while I’m a seasoned driver, Atlanta traffic is a whole other level of crazy. Going lone wolf, 6 and half hours one way, seemed like a terrible idea, and it was…Until I reached the venue. 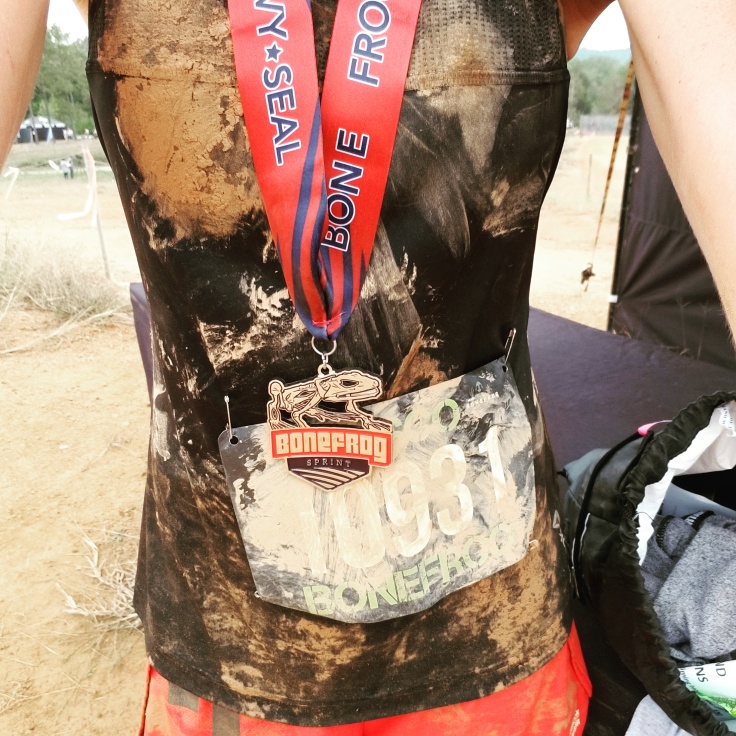 The date of this race was during a real shit show of politics, professional athletes kneeling during the National Anthem and just overall lack of patriotism. In my opinion, the  disrespect shown to our flag, soldiers and country was super charged. Social media was filled with Anti-somethings, hateful memes and illogical points. I hated to scroll on Facebook or watch tv.  When I rolled up into the backwoods of a Northwest Georgia motocross park, I forgot all about it.

Seeing as that Bonefrog is owned and operated by our very own Navy Seals, this race, you could say, got me by : “curiosity killed the cat.” I wanted to see these obstacles that were fashioned from their training camp..I wanted a Navy Seal to hand me a medal. I wanted to be around humans who loved this country so much, they signed up to protect it.

Not only were their obstacles awesome, challenging and one I actually decided to NOT attempt (rib cracker, sternum checker-Hell, I don’t know, but if you look it up, you’ll see why being lone wolf, that far from home, would make me chicken out) but I saw red, white and blue everywhere. American flags, shirts and everything else.  There were Seals at the start line, with red, white & blue glittered beards, at obstacles motivating you on, Jr ROTC volunteers, and Seals at the finish line telling you great job and handing you an awesome medal.  To be honest, that was the most red, white and blue I had seen in a very long time.

The soldiers and Jr ROTC volunteers were so sweet. I’m sure getting a good laugh from watching us pitiful civilians attempt VERY scaled obstacles they had to do everyday, without sleep, injured and in worse conditions. During the race, I couldn’t help but notice they were all smiling, laughing at themselves (and us) and goofing off. I couldn’t help but to think what these men have seen, been through and/or will go through. In a time when many showed lack of respect to our soldiers and country, they showed such class and happiness.

I was repeatedly thanked for signing up, hugged and offered help at every obstacle that I may have looked at/studied, too long. I recommend everyone to do one of these a year, at least. Like I mentioned, the Bonefrog is tough/challenging. Upper body strength is needed. Heads Up-If you can’t complete an obstacle, some times you have to do penalty push ups or squats.